Back Off Pele! Proof That Rooney Gets Better Every Season 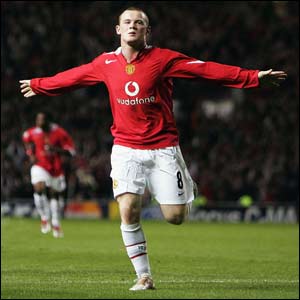 “Wayne Rooney scores for Manchester United… and it’s not the last time you’ll hear that,” said the commentator, as Rooney put away the first of three goals in his United debut against Fenerbahce in the Champions League.

Wayne Rooney was the signing I had been the most excited about in years. Here was a youngster who just looked like a United player. He had the ability, the passion, the fire, the edge, he had it all.

However, like all English United players, Rooney has been the receiving end of some harsh criticism. After his injury in Euro 2004, when just a teenager, saw England’s chances of winning anything crumble away, the pressure put on his shoulders was massive. Whilst Rooney is just one of the many under-performing English stars, he was one of the few who is really singled out.

People claim he has never fulfilled his potential, with the great legend Pele joining the list of critics yesterday. However, I can only imagine that the people who slate Rooney as a footballer don’t watch him half as much as we do!

“I like Wayne Rooney, but he hasn’t reached the peak of Euro 2004 again,” said Pele. “He had two or three very good years and then lost a little bit in his performances. I don’t know why.”

Before I look at the less tangible evidence, the point of view that comes from a fan who thinks the World of Wayne Rooney, I’ll take a look at the statistics.

In contrast to the point of view that Rooney has never matched his achievements or form of 2004, these statistics show that in terms of influence with goals, Rooney has improved every season since joining United.

The season which has just finished is the best example of this. Out of the maximum 38 league game appearances on offer, Rooney featured in just 27 games (less than John O’Shea) due to injury, which is close to 1/3 of Premiership games. He broke his metatarsal on the first day of the season, meaning after the first 45 minutes of 2007/2008 football, he missed our opening 5 league games of the season. In November he sprained his ankle on the training ground which saw him miss a month of football. Then late on, there was his hip injury against Blackburn which kept him out of matches, as well as effecting the standard of his play where we had no choice but to play him.

So that’s the stats dealt with. Now let’s look at the real things, the

Rooney shows up in the big games. Whilst Ronaldo has received criticism for not being a big game player (although, this has to be disputed, after scoring the finals of the Champions League, FA Cup and League Cup, as well as goals against Chelsea, Liverpool and Arsenal), Rooney is typically the player you can depend upon to show up and help United win.

In the last league game of the season, the one United needed to win to ensure they were crowned Champions, Rooney won United a penalty after Wigan’s Emmerson Boyce was too slow for him as he burst in to the box. The second goal, which sealed our championship, came from a perfectly weighted ball from Rooney, cutting through the Wigan defence to land perfectly at Giggs’ feet, to lift in to the back of the net.

Whilst there are many examples of the effect Rooney has on our team, it is United’s FA Cup victory over Aston Villa where his presence was shown more clearly than any other game. Before he was brought on with just 20 minutes remaining, the game was lifeless, frustrating, and heading for a replay at Old Trafford. However, from the moment he walked on to the pitch, the match changed. He almost instantly had our best chance of the game, seeing the ball just float over the bar after a run from the half way line. Ronaldo scored our first, Rooney scored the second.

United lost 5 league games last season. The first 4 of these, Rooney played no part. The 5th, against Chelsea, saw Rooney score the equalising goal before being forced off through injury. United then lost. Coincidence? Not on your life. Like Eric Cantona before him, there is something special in Rooney which commands a winning performance from our players.

Quite frankly though, I don’t feel that we as United fans have anything to prove. I can defend Rooney for my own satisfaction, to look statistically and otherwise at reasons why he is the quality player we know him to be. But essentially, you just need to watch Rooney play to know, without any question, how important he is to United. I’d sell Ronaldo ten times over before even contemplating letting Rooney leave. “Once a blue, always a red” we chant back when Everton come to town, because he has that United way about him.

The more everyone else hates him, the more we seem to love him. We’re not blinded to his faults, rather accept them and him for what they are. Nobody is perfect, and I’d far rather a passionate and dedicated player like Rooney, the type that is ‘win at all costs’, than some lifeless, unmotivated wimp, who pulls out of 50-50s and gives up when their back is against the wall. Roy Keane and Eric Cantona are the players from my life time that I would regard modern day United legends and both of them had a screw lose. Rooney is cut from the same cloth and I’m not going to complain about that.

Whilst guilty of boiling over on occasion, let’s not forget that in the 189 appearances in Rooney’s career at United, he has received just one red card. Aged 19, he sarcastically applauded referee Kim Milton Nielsen for booking him for a soft challenge, when just seconds before he ignored a more worthy yellow card challenge. Rooney received a second yellow from the limelight loving Nielsen, who sent off David Beckham in the 1998 World Cup. And that’s it, end of the red card story for United’s Wayne Rooney.

“Rooney lives on the edge at times because he plays better that way,” said Terry Butcher. “He sails a bit close to the wind but a player like Rooney has to be like that, he has to be on the edge. His adrenaline has to be really pumping because then you get the best out of him. He is a phenomenal talent.”

If people can’t recognise what Rooney has to offer, then more fool them. Whilst they complain and criticise, we can be more than happy to know that he plays for us, rather than against us, because typically, if the opposition have a Wayne Rooney, you aren’t going to win.

How important to United is Wayne Rooney?