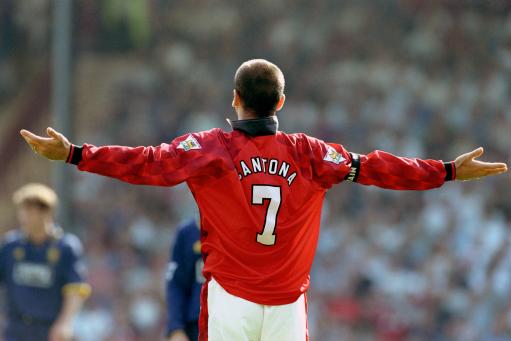 The evening of January 25h 1995 was one which could have seen United’s more recent history shaped in a totally different way to how we know it. Eric Cantona had been sent off against Crystal Palace and went on to kick and bunch one of their fans in the stands. “He’s really done it this time,” my dad said to me at breakfast the following day, but as a lad, I didn’t quite understand what the ramifications of Cantona’s behaviour might be.

Chairman Martin Edwards had been talking of banning Cantona from ever playing for the club again and he was facing time in prison. It was a disaster. Questions were raised over whether he could be the same player again if he did return.

His first match back was against Liverpool, of course, with the King seeking to rectify his position with the fans, after missing so many matches and United losing out on the title to Blackburn the season before. However, Old Trafford was awash with French flags, all desperate to see him playing for us again.

Cantona had initially fled to France, claiming he wouldn’t be returning to England again, before Sir Alex Ferguson flew after him and convinced him to return once he’d seen out his ban.

When he walked out on to our pitch, the fans singing his name, his collar upturned, his head held high, there was little doubt in our minds that he was out to prove a point. He assisted Nicky Butt for our first goal and scored our second, a penalty, to give us a 2-2 draw against our hated rivals.

It all could have been very different though…

Former FA executive director, David Davies, has revealed how the FA were ready to ban Cantona for life for the Selhurst Park incident, particularly after our forward’s ‘apology’ at his disciplinary hearing.