Do You Fancy A United vs Arsenal Quarter Final? 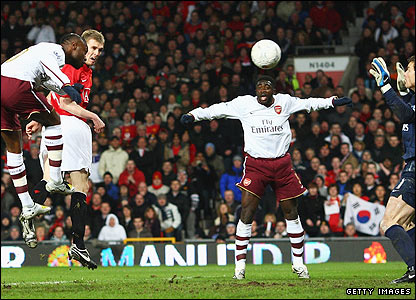 United booked their place in the quarter finals of the European Cup, after six wins and two draws in the competition, with further games taking place this evening. Barcelona, Arsenal and Fenerbache have also made it through to the quarters.

It is in our best interests that Arsenal stay in the competition for as long as possible, to make sure they have similar distractions to us when playing in the league. However, after knocking them out of the FA Cup with a 4-0 victory a few weeks ago, would you like to see us drawn against them in the quarter finals of the Champions League? Does the temptation of the possibility of knocking them out of a second competition outweigh the sensible realities of a possible loss and desire for them to be in the competition for as long as possible?