Fergie: Ronaldo's Agent Not The Problem 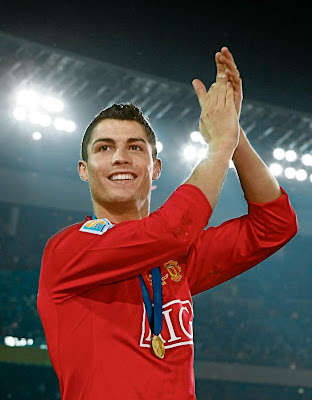 In the past, Sir Alex Ferguson has been very critical of the effect players’ agents have on transfers, with the agent seemingly prioritising making money over their player’s best interest.

Ferguson believed Gabriel Heinze’s agent, Roberto Rodriguez, really put a spanner in the works for the Argentinian, causing friction between the club and player and trying to force a move to our hated rivals, Liverpool.

Our manager has today defended Cristiano Ronaldo’s agent, Jorge Mendes, insisting the rumours linking Ronaldo away from the club should be blamed on someone else.

“It’s certainly not the agent causing problems. He definitely wants him to stay here,” said Ferguson. “All the talk about Cristiano was coming from Calderon. He is a dinosaur. He has been buried. He is just trying to cause trouble isn’t he? He is just trying to cause trouble for the new president. It’s him saying, ‘it’s up to you to deliver now’. You are never going to stop this game. It’s going to go on and on. But we’re happy with our end of things with Cristiano.”