Ferguson: We're all so proud of Rashford

Marcus Rashford has earned widespread respect for his tireless campaign to feed this country’s hungriest children, forcing Boris Johnson to u-turn twice on decisions to provide free school meals during school holidays to those in need.

GQ Magazine named him as campaigner of the year yesterday and has showed no signs of slowing down. Speaking with The Times, Rashford revealed the motivation behind his mission.

I think everyone feels protective towards their mum but I’ve obviously seen her go through things that children shouldn’t really see. It has turned me in to a stronger person and definitely closer to her because if it was tough for me and my brothers and sisters I just can’t imagine the stress that was on her at the time. I saw her just hide it because she was always happy when we were at home. It wasn’t until I left home and I’d seen her, it was almost like a relief that she had one less thing to worry about. I’m honestly so happy now that I can repay her in different ways.

She used to do that [go hungry so the children could eat] quite often. When I look back, there were a lot of times when we’d ask her, “oh, are you not going to eat?” And she’d always say no, but I was obviously younger at the time and I just thought maybe she ate when she was out, but a lot of the time she gave up a meal that she should have been eating.

For someone who was working from 9 until 8 or 9 o’clock at night every day to not be eating isn’t good for her own wellbeing so it was a tough situation that we were in. But now that we are on the other side of that I think it’s important — and she’s passionate about it as well — to try and help people who are in the same situation. 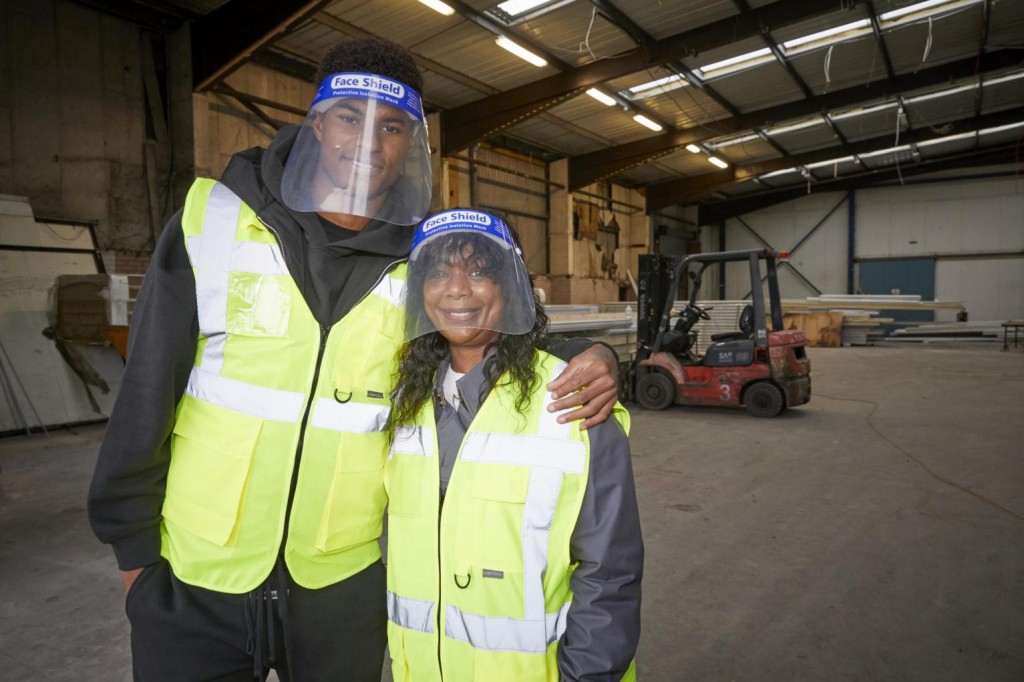 Rashford has revealed today that Sir Alex Ferguson and his friend Sir Michael Moritz, the billionaire philanthropist, are pledging £2 million to match donations that are made to FareShare in the run-up to Christmas, meaning any money that Times readers give will be doubled.

Ferguson has sung the praises of the United academy graduate and spoken of his pride in the work Rashford is doing.

You have to be shocked at the number of people who are in need of food. Marcus has opened the eyes of everyone in Britain. The work he’s done has been fantastic and we’re all so proud of him because of that.

Footballers in Britain are certainly high profile. There’s no reason why they can’t use that profile in a good way. What Marcus has done is he’s led the way. People will say, ‘That boy he’s only 23 years of age’. People who are in their later ages should be saying, ‘I can do something’.

My mother and father worked all their life in order for us to progress, my brother and I. Sometimes I wish I could rewind and go back again because that was a special time. My parents taught me many things that have stayed with me all my life — don’t lie, don’t be late, work hard, respect your elders. No one locked their doors because they trusted each other, it was more of a big, big family. There were some families with eight, nine kids. It was a fantastic period for me.

You can’t forget your upbringing because that’s what’s made me. I remember reading in a newspaper article, ‘Alex Ferguson’s done well despite coming from Govan’. It’s because I came from Govan that I did well. It’s because the family I had made sure the food was on the table. I’m sitting here in my nice house and I don’t have to struggle for anything but I think it’s good to have a struggle. It’s good to fight for something to get out of. People who came from these working-class areas of Glasgow had to work hard to get out of it.

I’m proud of what I’ve achieved in my life, I’m proud of my sons and my grandchildren how they’ve progressed and developed. That all goes back to how I was brought up and the background I had and the success I’ve had is a lot to do with that.

Ferguson was asked whether he had any advice to give Rashford but he insisted there’s nothing he can teach our young forward.

He should be giving me some advice because what he’s doing at 23 is fantastic for a young person. I’ve no need to tell Marcus because I think there’s humility in the way he lives his life. His feet are on the ground. These are great qualities to carry you through life. Football hasn’t changed him. There is a danger in football that it can change people, money can change people, stardom can change people. Getting a celebrity position in life can sometimes be a problem because not everyone can carry success well. And at the moment Marcus is doing that very, very well.