Foster: More Difficult Than I Thought 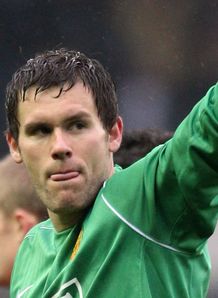 Ben Foster made his competitive debut for United’s first team yesterday in our 1-0 win over Derby County. Following Chelsea’s 6-1 thrashing of Derby just a few days before, most United fans were rubbing their hands together imagining how many goals we were going to put past them. However, for periods in the game, it was Derby who looked more like scoring.

Foster has today spoken out about his debut, admitting the Derby game was more difficult than he’d imagined it being.

“I finally feel like a United player now! I’ve been here nearly three years and it’s good to finally get on the pitch for the first team in a competitive game,” he said. “I’m not one for nerves – I just take things in my stride and try not to think about things too much. It’s a big thing to come back from injury and to be thrown straight into the first team, but I thoroughly enjoyed it – though it was a bit harder than I thought!”

What are your thoughts on Ben Foster?