From Bad To Worse: Newcastle Fire Golf Balls At United 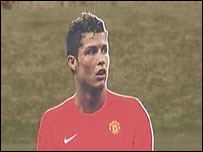 In a week and a half, Manchester United take on Newcastle at St James Park. The humiliating 6-0 drubbing the geordies were handed out by us in January joins the list of reasons Newcastle fans have to resent us.

Newcastle were cruising at the top of the league at the turn of the year in 1996 and it seemed inevitable that Kevin Keegan would lead his team to Premiership glory. However, United’s kids refused to be beaten, strengthened by the return of Eric Cantona from suspension, and claimed the title.

Keegan has now returned as manager, after fans called to be entertained. Some entertaining football certainly has been played, with 13 goals being scored in Newcastle games since KK has returned. Unfortunately for the geordies, 11 of those are goals Newcastle have conceded.

As a way for fans to vent their frustration ahead of Newcastle’s next league game against the Champions, a golf course in Tyneside has erected several cardboard cut outs of United players for disgruntled Newcastle fans to aim at. Cristiano Ronaldo, Wayne Rooney, Carlos Tevez and Edwin Van der Sar are amongst the six players the golf course has cut outs of.

David King, the manager of the golf course, has explained the decision. “The return of Kevin Keegan has reminded Newcastle fans – as if any reminder were needed – of how Manchester United pipped us for the Premiership title in 1996,” he said. “Putting the dummies up on the driving range is a light-hearted way of letting Newcastle supporters release some tension in the days running up to the match.”

Wow, the geordies are even more pathetic and desperate than I remembered…