"I Turned Down City Because I'm A United Fan!" 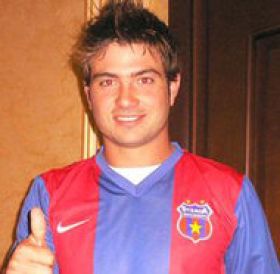 Tiago Gomes is a product of the Benfica youth system who now plays for Romanian side FC Steaua Bucureşti. On loan at the first easter European club to ever win the European Cup, Gomes has confessed he had the opportunity to join Manchester City. However, he turned down to move because of his feelings for United, a club he dreams of one day playing for.

“I was a step away from going to the Premier League and joining Manchester City,” Gomes said. “But I have always been a big fan of Manchester United, a club I would love to play for at some point in my life. And I let my heart tell me I should join Steaua instead – a decision I don’t regret.”