Ibra: Losing To United Was Worst Day Of My Career 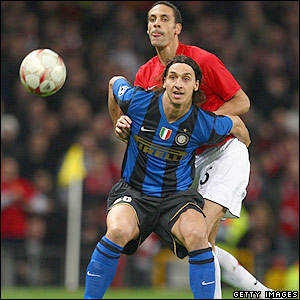 Following our 0-0 draw with Inter Milan at the San Siro, there was a feeling that maybe we had wasted a great opportunity to almost guarantee us progression in the Champions League quarter-finals. We totally bossed them off the pitch in front of a sell out crowd, Inter’s first of the season, yet left with no away goal.

Zlatan Ibrahimovic, who TNSSO reckons is better than Cristiano Ronaldo, has today claimed being knocked out by United was the low point of his career.

“I want to win the Champions League,” Ibrahimovic said. “Every year, I have to postpone it and I don’t like it at all. I play to win. It’s my mentality. We are Inter, so don’t talk about the luck of the draw – I wanted to play United because, if you want to win the competition, you have to beat them. But they proved themselves more organised than us. It was the hardest defeat of my career. We really saw an opportunity to win and I don’t like losing. It would be a great honour if I can win a fifth Scudetto, but I am missing European success.”