In Pictures: United vs Celtic

Manchester United played out an easy 3-0 victory against Celtic in the Champions League tonight, making it two wins from three in the group.

Both the first goals, scored by Dimitar Berbatov, saw him half a yard offside before slotting the ball away. The linesman was equally inept when wrongly ruling out an onside Wayne Rooney goal.

The lads enjoyed their football tonight, with Nani and Johnny Evans getting some much craved first team football.

Perfect warm up for our game against Everton at the weekend. 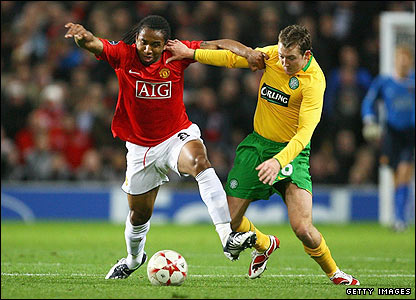 Returning from his rest following the Internationals, Anderson battles it out in midfield

Ronaldo was fouled plenty, but had little joy up front. His song is still not being sung.

Scored two on the night, but Wayne Rooney saw yet another of his goals wrongly ruled out. This impressive overhead attempt was blocked. 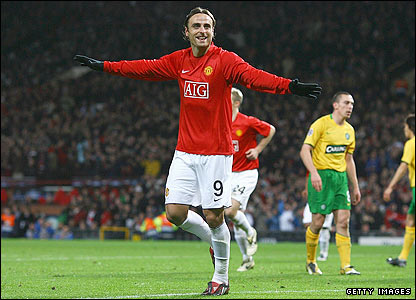