It Wasn't A Penalty...But Ronaldo Didn't Dive and We Deserved To Win 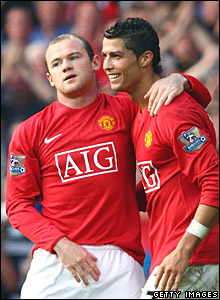 With the sun shining down on the East stand, Bolton took the decision to allow United to attack the Stretford End in the first half, something that rarely happens at Old Trafford.

It was because of this I didn’t get a good view of the penalty incident, although, even from my poor view, I could see that it wasn’t a penalty. The ball was won, and whilst there was contact on Cristiano Ronaldo, it never should have been a penalty. Since getting home, the replays show that Ronaldo didn’t dive, much to my relief, but that the referee made the wrong decision.

However, there seems to be this idea that United were gifted the win because of Rob Style’s incompetence, which quite clearly isn’t true.

“It was a nonsense decision,” said Bolton boss, Megson. “When Rob Styles blew the whistle I thought he was going to book Ronaldo for diving. He did not seem to be sure what he was going to give. My thoughts on the tackle were the same as everyone else’s in the stadium apart from one man. When the referee sees it again, he will have the same opinion, too. It really sticks in the throat.”

Aside from the fact United scored another goal, completely fairly, we were by far the better team on the day. We had a massive 16 shots on target in comparison to their 2, we had a further 10 shots off target to their 4, as well as 11 blocked shots to Bolton’s 3. That works out at 34 shots for United against 7 shots from Bolton.

United bossed the game, deserved the points and the reaction to the penalty decision only enforcing the ABU stance this country has.

“Instead of booking Ronaldo for simulation, referee Rob Styles gave him a penalty” read The Times.

It makes you wonder whether these journalists, who are paid thousands of pounds for their write-up on the game, even bother to watch them. Whilst certainly not a penalty, it was never a dive, and it certainly didn’t hand United an undeserved three points.

Bolton were awful and United created chance after chance. A draw would have been a ridiculously unfair result, and thanks to the inclusion of Wayne Rooney and Paul Scholes, who added so much to the attack after they came on, it was never something we had to worry about. The press of this country are so blinded by their hate for Manchester United that they can’t even give a close to fair summary of the match. Ooh they’re so fucking bitter.