It's True - The San Siro Is Never Full... Unless They're Playing Man United! 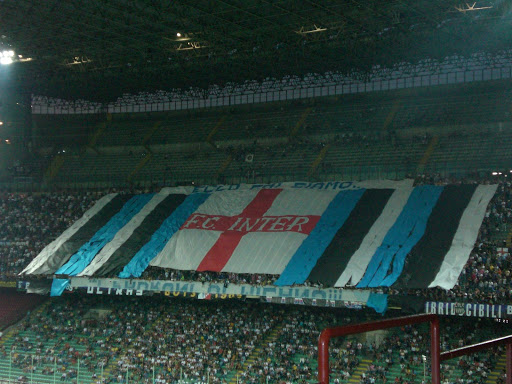 The season before last I was at the council house for derby day, knowing that if we won that day and Chelsea did anything other than beat Arsenal the following day, we were Champions for the first time since 2004.

The away end was buzzing, with songs about us being Champions and chants belittling our inadequate neighbours. With the game in full flow, an announcement came over the PA system. Thank you for your support, City fans, today’s attendance is the highest of the season.

Our end mockingly cheered. That day was City’s last home game of the season. The council house is never full unless they’re playing Man United.

It’s not just the council house that we claim is never full, unless their opposition is us, but the San Siro as well. The impressive Italian ground, home to both AC and Inter Milan, has a capacity of 80,018, with some 4,000 seats more than Old Trafford.

Our average attendance last season was 75,691, meaning on average, there were just 521 tickets unused, including the non-fans who’ve purchased corporate seats for the entire season.

Three weeks ahead of our game with Inter, the San Siro’s 80,000 seats are sold out. It really is true. The San Siro is never full…unless they’re playing Man United!