Keano: Hughes Shouldn't Have Gone To City After Playing For United 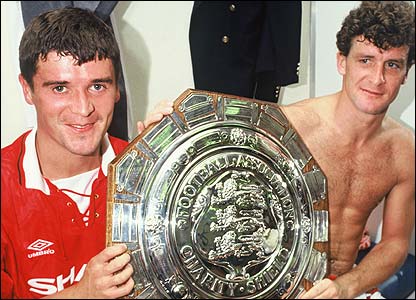 Mark Hughes was tipped by some to be the successor of Sir Alex Ferguson as Manchester United manager, the club where he had become a legend after playing at Old Trafford for 13 years.

But he took the job at City, ruling out any possible future as United boss. 18 months later he was sacked, with a 10th placed finish all he had to bring about over his time at The Richest Club in the World.

Former team mate, Roy Keane, reckons Hughes made the wrong choice in taking the City job and is now better off to be away from them.

“I’m disappointed for him of course I am,” said Keane. “I think when you’re involved with a club like United, as Sparky was over his career, you shouldn’t go to a club like City. I think you should try and get employment somewhere else. I think Sparky is probably better off.”