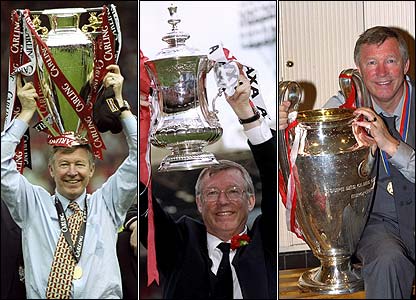 Jamie Carragher, who was a self-confessed Everton fan whilst playing for Liverpool, has again confirmed his admiration for Sir Alex Ferguson.

With snippits of his book being fed through in to the press, it was earlier revealed that Carragher regarded Fergie as ‘the master’. With more of his book making the headlines today, it seems as though the Liverpool vice-captain didn’t just stop there.

“Alex Ferguson’s brilliant,” said Jame “Mr Liverpool” Carragher. “I know it’s mad because he’s the Man U manager but if you asked who I’d like to spend two hours with, have a meal with and talk about football, it would have to be him. I love the way he tells everyone to fuck off.”

Carragher is right of course, Ferguson is a cut above. Whilst more sensible Liverpool fans could agree with this, unhappily, there certainly seems an element of resentment towards Fergie from the dippers, following his knighthood.

I love the idea of Liverpool fans reading about Carragher’s latest ode of love for our manager, winding themselves up over it. Can you imagine if Ryan Giggs or Gary Neville couldn’t shut up about their love for someone strongly associated with Liverpool? It would be painful.

Essentially though, the best part of this is knowing whenever a dipper has anything bad to say about Ferguson, you can refer them to Carragher’s glowing report of our manager!