Fergie‘s smile at the end said it all, as United’s frightening offence battered City in transition as Rashford from the penalty spot and Martial finish on his weaker foot finished off a wonderful week at Old Trafford, marred slightly by an Otamendi header nearing the end of the game

It is the type of attack that Solskjaer has been talking up since being at the helm. Breaking up play in good areas, punchy first passes in the front men, who flew forward like red arrows. One thing that City were always going to give us space in behind and the gift they gave is one that United gladly took in the first 30 minutes. The attack was rampant, as when one of Rashford, Martial, Lingard and James were found, the decisions were quick, whether it be the dribble or to pass. Having the foil of Martial back up top and playing as well as he did, meant that sustaining attacks in the final third was more possible. The second goal highlighted, when an awkward ball was made to stick by Martial. Once he played it out to James and these two combined well, his strength to hold off the challenger and strike low into the near post was something that signified what the Red Devils were all about in that great period. The first, which was finished coolly from the spot, was the direct exuberant running from Rashford that made the Citizens defence uncomfortable enough to foul him. As the youthful spirit in the attack, it hindered for the rest of the game. The two goal advantage changed the mentality and they fell back into a defensive shape, which made it hard to break out as they did before. City’s probing took even more out of the legs and it was essentially attack vs defence for the rest of the game

And in that next hour, where United had little of the ball in middle of the park, let alone City’s defensive third, it meant that the defence would have stand up to the City onslaught. It is the area of the pitch that we invested in the most during the summer so if there was any time for it to show how improved it had become, it was now. One summer signing in particular, Aaron Wan Bissaka, was magnificent when faced today. A few times, Sterling got the better of him, so much so that it initially looked like that once he began to tire, the England winger would stamp his mark on him. Yet, the longer the game went on, the better the ex-Crystal Palace right back got. He did not allow anyone past for the last half an hour of the game, continually stopping whoever came up against him on their left wing. Shaw coming in for his first start in the league, at times was rusty by giving his opponent too much space, but again defended resolutely during the second half. Maguire and Lindelof showed both the good and the bad of their defending today, the former being hesitant in the goal we conceded and the latter almost giving Sterling a free shot on goal, something that Wan Bissaka had to mop up in the end.

The team look to be excellently set up to expose space when given to them. What needs to occur now is being able to engineer more of these opportunities vs teams that aren’t going to give us the space the better teams or becoming better in our positional play so that we can stretch teams in possession and find avenues into their box. Inconsistent decisions can be forgive due to the nature of our attack but we have to make it so that we can more enough chances for the front players to make the right decisions rather than it relying on attacks that are few and far between

Something also needs to be considered in how we hold onto games. City being as good as they are, they are going to be able to pull you apart and regularly get into the box to fashion threatening plays but relying on last ditch defending is a big risk. Luckily, Wan Bissaka, my man of the match, thrives in this situation today and was a leader in that regard. Calmer play on the ball, being a tighter midfield unit and pressing that little bit higher will make a tad easier on those at the back 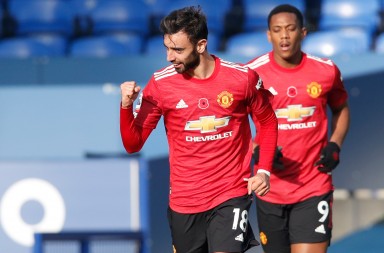