Manchester United failed to win at home for the second straight time this season after they drew 1-1 with Wolves. Fred scored his first goal for the Red Devils but a wonderful leveller from Joao Moutinho split the points for the two teams.

Intensity was absent on the day

One would expect that with Sir Alex Ferguson returning to Old Trafford for the first time since his surgery, the team would be up for it and use it as fuel to drive the motors on.

But the showing from the players lacked a lot of push and they could not stay hot to the end. Very often, this column has picked out the absence of the right attitude and desire in a lot of matches and the same old afflictions were there for all to see.

In their previous matches, the visitors had shown the capability to press and go after the ball to create their chances but the Red Devils were not able to go past that.

There was no display of a need to impose home advantage and in the end, the visitors got their goal.

Not even the thought of dropping points pushed the Red Devils to play at an insane level to get a winner. Of course, Wolves were not going to roll over and die but Manchester United could and should have taken more from this match.

There are days when dropped points are down to bad luck and the opposition goalkeeper having a wonderful day. But the home draw with Wolves was down to performances that were simply not good and it ran through the team.

Smalling and Lindelof looked very shaky together and it was fodder for Wolves’ Gimenez. The two defenders seemed to be out of sync but as the game wore on, Lindelof looked even more out-of-sorts. He was second-best in very aspect of the game.

The decisions were poor, he was very beatable in the physical duels and he was never in control of all situations he faced. A prime example was in the second half when he chose to duck at a ball dropping down at him. That poor call caught Luke Shaw out of position and Wolves went on the charge again.

Paul Pogba’s late attempts at making something happen could not mask the glaring error that started the sequence leading to Wolves’ equaliser. His decision to hold on to the ball and try to roll his man in the centre circle failed and the price was paid. An easier choice of finding an open man was neglected completely.

Jesse Lingard added nothing to the team today while Lukaku inexplicably decided that waiting for the ball to bounce to him in the penalty area was the best thing to do when the team was drawing.

It was a melting pot of very poor performances and the players must be made to understand that football never rewards poor showings. If the horror episodes of Brighton and Spurs have not done enough, the draw with Wolves will be a good way to jog their memory.

So much catching-up to do

No one knows what the manager told the players at the start of the season in terms of objectives but if winning the league was one of them, tons of work will have to be done for that to happen. The same workload will be needed if Champions League football is what the team is after.

Man United are 8 points off Liverpool after just 6 points and that is a huge wall to surmount if one looks at tendencies that have emerged this season.

Liverpool have won 6 straight games and Man United are making a meal of their own season so far and with tougher games to come, one cannot help but wonder what the Red Devils will be up to on those occasions.

Of course, there will be times when the teams in the leading bracket will drop points. Such turns are inevitable but will Man United be ready to take advantage based on what has transpired so far?

There is the hope that things will evolve in a positive way but such a great run may come too late if the title is the target even though it may be good for Champions League qualification.

The team must be fired up to do a lot more at this point of the season if any competitive targets will be met. There is no room for mediocrity especially seeing how organised and prepared other teams are at the moment.

A huge mention goes to Fred for scoring his first goal for the club. He almost got a second from a free kick but Rui Patricio stopped the attempt. If that had gone in, the story would have been different. His shift was very decent and he will have to keep working hard to show his value to the manager. He will need some bulking too to match the physicality but he is showing promise. 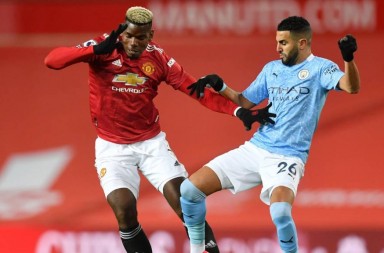