Manchester United to bounce back after derby destruction

This season you can also play live, legendary football with Heineken Star Player. Play live with every UEFA Champions League match on TV and anticipate the outcome of live match moments to score. See video at the end for more information.

Now that we’ve had a few days to digest our implosion against Manchester City, the only thing to do now is move on. It’s confined to the history books, forget it. Nothing can be changed now. The only thing that can be done is correcting it in the future. Starting on Saturday when we kick-off at noon away to Everton. 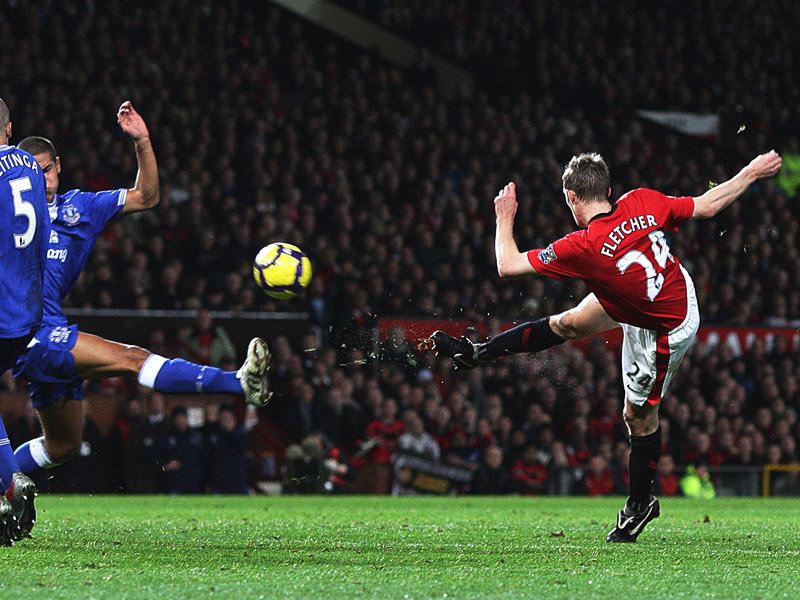 Darren Fletcher has enjoyed scoring against Everton in the past

Although the hurt of the humiliating defeat will take an age to go away, the bright side ensures we’ve plenty of football to keep ourselves occupied in the immediate future. Despite us struggling at Goodison Park in recent seasons, particularly last season when we inexplicably gave up a two-goal lead in injury-time, some things are finally falling our way.

The comeback of Tom Cleverley against Aldershot in the Carling Cup is a massive boost to the entire squad but especially in midfield as we have lacked cohesion and confidence during his absence. Nemanja Vidic’s return from injury is also well-timed as the Serb hopes to help our recently leaky defence.

However, equally as important will be the shape which Everton are heading into Saturday’s encounter with. After their heart-breaking extra-time loss to Chelsea, David Moyes’ charges will be fatigued after their lengthy excursions. Also, having lost four of their last five matchss, they can hardly be highy confident facing the prospect of a wounded animal in the form of the champions of England looking to bounce back from the mother of all losses.

In recent season, we have seldom picked up three points from the Blue half of Merseyside. But that could and should be about to change on Saturday as the return of key players, coupled with our opponents dire recent form bodes well and a win is well within our reach is we approach the match professionally.

On their return from Goodison Park, United is going to host Otelul Galati for some Champions League action, watch Clarence Seedorf, Gianluigi Buffon, Ruud van Nistelrooy and Patrick Viera recreate some of the historic moments of the competition:

This message was brought to you by Heineken, sponsors of the UEFA Champions League, but it contains our writer’s opinion.