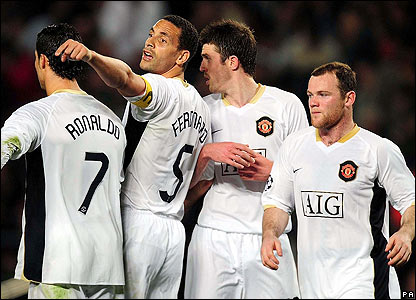 “We are fairly happy, satisfied with the result,” he said. “To come here and not concede was the first objective we done that. We felt we were capable of nicking a goal. We had a penalty but they don’t always go in and you just have got to be able adjust from that disappointment and go on from there though and we done that well. They controlled large parts of the game but we kind of dealt with what they had to offer in the end which was good.”

“We had a game-plan and tactically I think we got it spot on,” he said. “Everyone put in a good shift and we looked very solid as a team. On another day we might have nicked it. We had a penalty and had a couple of decent chances. If one of them had gone in it would have been the perfect night for us, but as it is we’ve got a clean sheet and we couldn’t be happier with that. But we know if we win at home we’re through and that’s a great incentive.”

“I think I’m just disappointed about the goal,” he said. “We haven’t scored the away goal but tactically it was fantastic. I think the defence played very well. We stopped many attacks.”

“It was a fairly easy evening,” he said. “For the first-half we had no problems, after the break Barcelona gave us a few dangerous moments: a free chance for Thierry Henry and a shot from Samuel Eto’o. To get a 0-0 is simply a good outcome.”