Jose Mourinho’s side may have stopped the rot against Northampton Town on Wednesday, but they undoubtedly one of their biggest games of the season so far against Leicester City.

3-1 against Northampton may look good on paper, but the performance still left more questions than answers. It’s hard to look at that second-string team and pick two or three players that could push for a starting position, which gives Mourinho possibly a bigger headache.

Unfortunately, he goes into the game not any closer to knowing his best eleven. Wayne Rooney played the whole game which could suggest he may not be starting on Saturday for such a big game, but even if he doesn’t play, who replaces him?

Question marks still remain over where to play Pogba, and whether Rashford is as effective out-wide as he is playing up-front, especially after scoring on his EFL Cup debut.

United will somehow have to deal with the pace of Leicester’s Jamie Vardy and Ahmed Musa while also shutting down Riyad Mahrez and Marc Albrighton, which needless to say won’t be easy for a United defence who has leaked goals in their last four games.

Eric Bailly will need to start curving his aggressive nature and Chris Smalling needs to undoubtedly regain some confidence that made him so impressive last season.

Will United be able to rise to the challenge? If so, they may just be able to finish September on a high as they face Zorya in the Europa League next week.

United will be without French forward Anthony Martial as he picked up heavy bruising on his calf and ankle in the Red Devil’s loss to Watford last weekend.

Phil Jones is the only other long-term injury after Luke Shaw and Henrik Mkhitaryan are available after their respective knocks.

Leicester City keeper and United legend Peter Schmeichel’s son, Kasper, could miss the tie after picking up a muscle strain despite recovering from concussion.

Marcin Wasilewski is banned for the match after his red card against Chelsea in the EFL Cup. Nampalys Mendy is also out for the Foxes.

Who to look out for

This doesn’t need much explaining as we all know Leicester’s dangers from last season. However, United should be wary of new signing Musa, after he impressed in their loss against Chelsea. He could be a very good substitute in the closing stages to stretch the game with his pace.

Vardy and Mahrez will predictably also be handfuls for United, but it will be interesting to the see how the physical matchup of Ibrahimovic and Wes Morgan will end up, after the Swedish striker got the better of Morgan in the Community Shield before the beginning of the season.

Also a new addition, Islam Slimani will also be worth taking a note after his two impressive goals against Burnley. 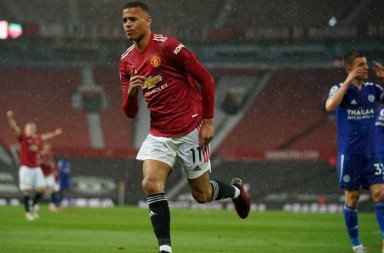