Queiroz: Ronaldo Was Robbed of Award 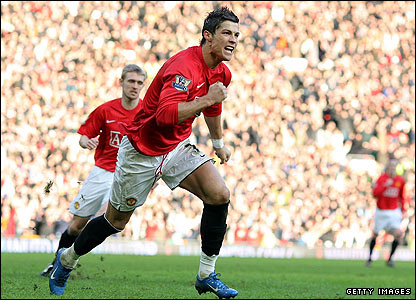 As I have already written about, Cristiano Ronaldo has been robbed of the best player in the World and Europe titles, clearly showing he has had better seasons than his rivals Kaka and Messi. In terms of contribution, Ronaldo had more goals and assists to his name, showing up week in week out for his club, guiding them to Premiership victory, whilst Messi and Kaka saw their teams miss out on the top spot, AC Milan by some way.

Carlos Queiroz has today spoken out in favour of the Portugese winger, who has scored sixteen goals in nineteen games (compared to the eleven goals in twenty games for Kaka and the twelve goals in twenty games for Messi), claiming that he is more consistent than Kaka. “Kaka has been named European Footballer of the Year and World Player of the Year, but in my opinion Ronaldo is better,” he explained. “The only thing that Kaka has that Cristiano doesn’t is a UEFA Champions League title. That is why he has won the big personal awards. I follow Cristiano in every game and I think he is more consistent than Kaka. This year he has produced more fantastic highlights than any other player. If it had been my decision then Cristiano would have been the world player of the year.”