The annual charity RoM Manchester United preview is now available to buy which includes an exclusive interview with Rafael Da Silva, insight from the country’s top journalists, as well as a whole host of articles from the best United supporting football writers.

It’s available for just £6 (or more if you would like to donate more) with all profit going to the Trafford Macmillan Wellbeing Centre. We’ve raised over £7000 for this centre since we started producing these previews four years. Thank you to everyone who has helped us before now and I hope you choose to again this season.

You can also download it on Kindle on all the Amazon sites, including UK, US, Mexico, Canada, Australia and India.

A variety of prizes will also be on offer for people who purchase it, including a United shirt and free entry to United’s museum and tour. The e-book includes previews of the defence, midfield and attack, thoughts on Paul Pogba’s future, welcoming Aaron Wan-Bissaka and Daniel James, as well as saying farewell to Ander Herrera. There’s also a review of the women’s team season and the youth players to look out for. The tactics for the season ahead are analysed as well as thoughts on last season’s player of the year winner, Luke Shaw.

Thanks to the writers: 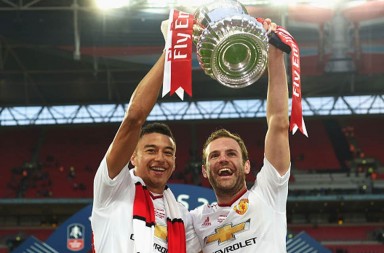