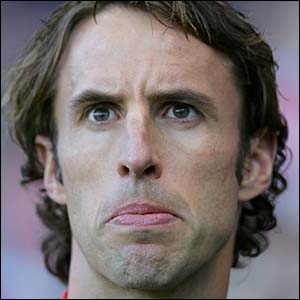 Manchester United’s Cristiano Ronaldo has been a scapegoat for a lot of things since his arrival to the Premiership, and despite his attempts to clean up his act when it comes to diving, it appears as though the damage has already been done.

When Manchester United met Middlesbrough in the league back in December, they came away with 3 points after a 2-1 win. Mark Schwarzer came charging out of his goal, making a two footed challenge in the direction of Ronaldo, making no contact with the ball or player. Ronaldo attempted to skip around the keeper, stumbled, then fell. Now, as a Manchester United fan, I’ve witnessed Ronaldo dive on more occasions than I’d like to mention, but this did not look like a Ronaldo dive. As we saw against Lille on Wednesday, Ronaldo was fouled in the area, and should have been awarded a penalty, but due to his dying swan impression, was presumed to have dived, and was booked. When Ronaldo is after winning a penalty, you know about it. This was clearly not what happened against Middlesbrough. He had an open goal to aim at, why on earth would he prefer a penalty, when he would then have to beat the keeper?

After the game, Middlesbrough boss Gareth Southgate launched a scathing attack on the Portugese winger, saying, “Ronaldo has a history of it. Our keeper has done everything to get out of the way, but the lad has gone down once again.” When asked if he felt cheated by Ronaldo, Southgate said: “Yes – it’s as simple as that.” The next day, the result was overshadowed by Southgate’s comments, with the backpages filled with pictures of Ronaldo and “CHEAT” emblazoned on top of them.

Today however, before United played Boro in the Cup, a pre-match interview with Southgate was shown on the BBC. He admitted he was wrong with his judgement on Ronaldo, and agreed with Sir Alex Ferguson, saying that he felt Ronaldo had tripped, and didn’t go down intentionally.

This of course is too little too late, and no public apology has been made to Ronaldo for the slamming Southgate gave him. Southgate said he’d watched the tapes after the game, three months ago, yet has waited until now to confess he was wrong, and in doing so, made no attempt to say sorry to Ronaldo for labelling him a cheat for his part in the penalty.