Ronaldo On World Cup Incident: I'd Do It Again 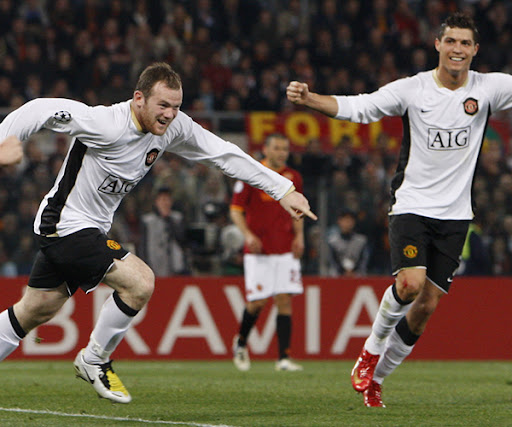 Following England’s exit from the World Cup 2006, it wasn’t long before debates over Cristiano Ronaldo’s future at our club began. After he ‘got Rooney sent off’, how could he maintain a career at United?

1. If you watch the footage again, you can Ronaldo is one of four people who surround the referee following an incident between Wayne Rooney and Ricardo Carvalho, yet apparently the red card was all Ronaldo’s fault.

2. I’m not of the opinion Rooney intentionally stamped on Carvalho, not because I think it would be beyond him, rather the red mist would have had to have come down for a stamp to occur. If the red mist had come, there would be no delicate placing of the foot on Carvalho’s balls, rather a clean, fierce stamp, that would have taken Ricky’s balls clean off! However, the majority of people who blame Ronaldo tend to be the kind of fan who believe Rooney intentionally stamped on Carvalho. If he did stamp on him, it doesn’t matter what Ronaldo or anyone else said, Rooney deserved a red card.

3. The referee is in charge of the cards. Had Ronaldo faked an injury to con the ref, as some did in that tournament, then it would be understandable the land the blame on his doorstep. But the referee saw the incident, he deemed it a red card. That’s nothing to do with Ronaldo.

4. Imagine Ronaldo was deemed to have stood on John Terry’s balls and Rooney was one of the closest England players to the incident. Would people expect Rooney to hang back out of respect for his club team mate? Would they excuse Rooney’s reluctance to get involved because it was only the World Cup and his relationship with his club team mate was more important? Would they bollocks! Rooney, or any other England player, would have been absolutely slaughtered if they put their club team mate ahead of their countryman at the World Cup, and rightly so! You play for the shirt you’re wearing and this match was about England vs Portugal, it had nothing to do with United.

Of course it is understandable that Rooney was best pleased to see his mate having a word with the referee, and he emotionally reacted to that. That, I suppose, was naivety on Rooney’s part, but England fans would expect every England player to behave in exactly the same way as Ronaldo, and would be grateful if their opponent reacted as naively as Rooney did.

Ronaldo has spoken about the incident again today, claiming that if the situation was to arise again tomorrow, he’d take the same action.

“If I had to do it again, I would do it again,” he said. “I was defending my colours, my country. What I did on the day was normal. When I came back to England after the World Cup, there were all these people booing me. That made me stronger. It was a test of my character. I learnt a lot because of this.”