Ronaldo - Overrated and No End Product 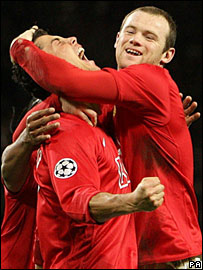 Scour any football forum and you are bound to find a thread from the past year or more debating the topic of whether Cristiano Ronaldo is overrated. This discussion is likely to have sparked from the outcry from United fans following UEFA and FIFA’s decision to crown Milan’s Kaka as the Player of the Year.

Whilst Kaka had a phenomenal season in Europe, he contributed little to Milan’s failing domestic season. When you consider the emphasis tends to always be put on the Champions League ahead of domestic leagues, coupled with the fact players in England rarely scoop the awards ahead of players in La Liga and Serie A, then it was no real surprise Ronaldo lost out.

As I wrote before the Ballon d’Or was announced, the fact that Ronaldo scored more goals and had double the assists of Kaka was never going to be taken in to consideration. Just 5 players from the English league have scooped the award since its origination, in comparison to the 17 from Spain and 12 from Italy. The last time a United player was deemed to be the best player going was in 1968, George Best. The last time a player from our league won it was 2001, when Michael Owen was given the award, before which, it was Kevin Keegan in 1979.

However, United fans strongly argued his case, and this was often met by frustrated reactions from our rivals. The talk of no end product died down last season, when he finished the season as the second highest scorer in the Premiership, but it was only up until recently that the majority of fans conceded in the argument concerning Ronaldo being overrated.

At the end of January, Sir Alex Ferguson talked about Ronaldo and his great goalscoring record this season. “With Ronaldo having scored 25 goals already there is the potential for him to score 30 this season, without question,” he said. “He’s not that far off and has a strong chance. I’m not sure that he is capable of scoring 30 league goals, though. I think that is a different matter entirely. Achieving that would be more difficult and it’s a big ask, but if he does manage it, I’ll pay him more money!”

Ronaldo scored his 30th goal of the season last night against Lyon, in his 30th game of the season, a record any World class striker would be pleased to boast of. With 10 league games left to play, Ronaldo is just 9 goals short of 30 goals, and the winger claims there is more to come.

“My colleagues help me a lot,” he said. “The most important thing is to win games and trophies. I feel fine, I am in good shape and getting vital goals. I want to score more and help the side.”

Can we now safely say Ronaldo is the best player in the World? Do you think he’ll hit 30 league goals by May?