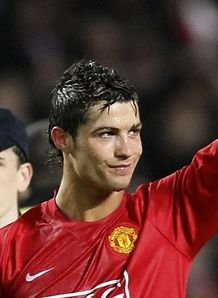 Cristiano Ronaldo played a very different game for Manchester United last night, in the match that saw us book a place in the European Cup final. He was certainly dedicated to the cause but when about the match in an extremely mature way. He produced the quality skill when required, but spent the majority of the game legging it up and down the field. He was always our furthest man forward and put every ounce of energy in to ensuring United were going to Moscow.

Today, Ronaldo has said that how he plays means little in comparison to how well the club does. He is certainly favourite to claim World and European Player of the Year, but has spoken as every red would hope he would today, saying trophies with United are what he really cares about.

“My performance is not important, winning is and we’re in the final. It was a great result,” he said. “Of course I feel good. It has been a great season and I’m in a great moment. I’ve scored many goals. I have played well but so have the team – they have been fantastic.”