Ronaldo: Time To Relax And Win 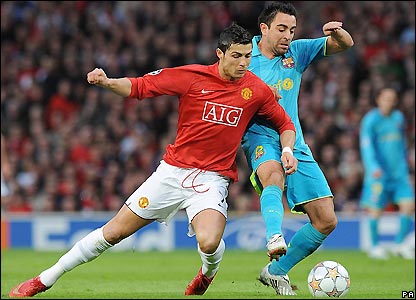 Manchester United are embarking on what could be the greatest season since 1999, with three more wins ensuring a league and European Cup double. The glory is painfully close and there are just a few teams standing between us and our goal.

We have to take on West Ham at the weekend, who have beaten us on our past three meetings. Alan Curbishley announced this week that he is likely to include several of his youngsters in the starting lineup, to give them the experience of playing at Old Trafford. You would like to think United had too much for West Ham’s kids, but the unpredictable nature of United of late makes every match far from won.

Then we will travel to Wigan, to play against Steve Bruce’s side, who will certainly have no need to fear the relegation drop. You’d like to think that former United captain, Bruce, wouldn’t throw a spanner in the works. However, the man is a professional and he won’t want to be thought of as a man who threw a match for the sake of his former club.

United’s 1-0 victory over Barcelona this week was enough to see us through to the final where we will face Chelsea. Despite losing at Stamford Bridge last weekend, you’d again have to fancy United in the final. A different team will start in Moscow and Chelsea can’t depend up a dying moment penalty to get them their result. Ferguson wants this so badly, far more than Avram Grant, so that should prove to be the deciding factor above all else. However, if our recent performances are anything to go by, with tactics that chop and change week on week (read more here), a Chelsea victory is not entirely unlikely.

Ronaldo has today insisted that United are equally prepared to win both competitions, but to do this, we need to relax.

“We’re in this competition (the Champions League) to win it, as much as the league,” he said. “We took our opportunity and now we’re in the final of the Champions League. Nothing could be better. We might have been able to play better but we won, we always win and now we have to do the same in the final and in the championship. Manchester always plays to win, the players want to win something this season and we have a great opportunity to win the Premier League and the Champions League. Now, we need to relax a little bit and do some good work and try to win.”