Rooney Set To Play - Is It Worth The Risk? 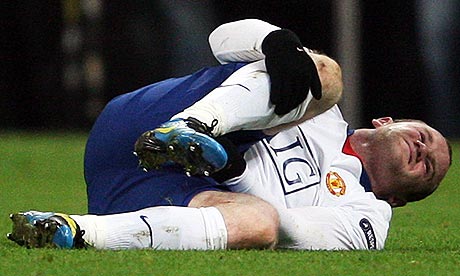 Yesterday, Sir Alex Ferguson struggled to definitely rule Wayne Rooney out of playing a part in tonight’s game against Bayern Munich, despite the fact the striker was supposed to be out of action for a further two weeks.

Reports in today’s press have revealed that after the cameras left the training ground yesterday, Rooney took part in an 11-a-side practice match at Carrington, showing no signs of injury.

He also took part in a full work out as well as a bike ride around the sports complex with the youth team squad.