Tevez: Four Goals Is Better Because It's For United 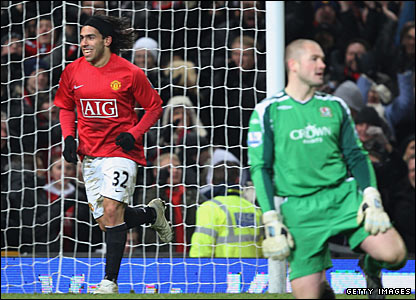 Manchester United thrashed Paul Ince’s Blackburn 5-3 in the League Cup, with Carlos Tevez getting his name on the scoresheet four times.

Having lost his first team place since the arrival of Dimitar Berbatov, Tevez was keen to make an impression on Sir Alex Ferguson whenever he was given a chance, which he certainly did.

Tevez had never scored four goals before in one game, so of course it was a special occasion for him, but our forward claimed the fact he did it with Manchester United makes it all the better.

“I’m proud to score four goals,” said Tevez. “It is the first time I have done it in my career and it is better because it came for Manchester United. I have not played very often, so I was looking forward to the game and I am happy with my performance.”

This is the kind of player we want at our club. Not wanting to sound like a broken record, but sign him up!