The Manchester United youth setup is the foundation of their success. Although the rumours are already starting for the Summer 2021 Jadon Sancho saga, Ole Gunnar Solskjaer has a wealth of talent waiting to prove their worth.

Whilst it’s important not to get carried away with a potential wonderkid, it’s also really difficult not to jump on the hype train. Mason Greenwood has recently turned 19, yet some fans are already looking for the next Mason!

The recent 6-3 win over Liverpool in the Under-23s has raised some young players profiles, specifically the new signing Amad Traore Diallo. Whilst he’s not an academy graduate after signing for £37 million, he’s sent an early warning to his new manager.

Amad Traore Diallo
Diallo has been the centre of attention for many scouts in Europe. Before moving to Atalanta, he was scouted intensively in 2014 by Juventus, Rome and Sassuolo in addition to Atalanta. Whilst Turin would have been the dream for many players, Amad was advised to consider his future playing time and development needs.

What’s hard to believe is that Amad Diallo was just 12-years-old when he had serious interest from these elite clubs. Atalanta was the correct move for him, where he was immediately put into lineups with players that were 1-2 years older than him. This helped his development and although Atalanta have lost a potential talisman, they have been given a moderate war-chest to replace him.

It’s going to take some time for him to get used to the Premier League, but he’s already won the fans over with the performance against Liverpool. If he can take his chances when he’s given them in the first team, he has a serious opportunity to make the right winger position his own. Currently, another Mason Greenwood has the right-wing position, but this could free up an opportunity to see Mason in a natural striker position.

The right wing position has caused problems for Man Utd for a number of years, arguably there hasn’t been a natural right winger since Cristiano Ronaldo lit up Old Trafford.

The demand is certainly high for Diallo on Sorare Review and he’s in more demand than Anthony Martial! 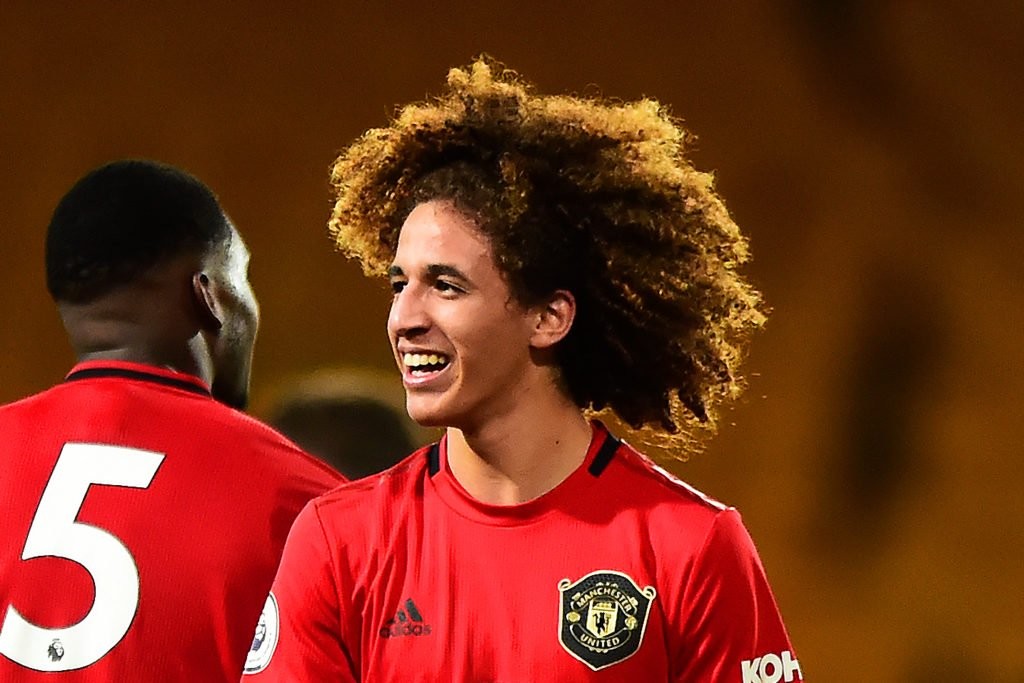 Hannibal Mejbri
Hannibal is another example of Man Utd’s success in the Scouting and Recruitment department. He wasn’t as expensive as Diallo, but still commanded a £7 million fee back in 2019. One look at him and you can see that he passed the famous ‘eye-test’.

He’s a central midfielder with lots of energy, alongside a unique haircut which must dazzle the opposition as he runs circles around them. His vision is exceptional and this isn’t far away from being Premier League quality. OGS must be impressed with his work rate and selflessness. He’s not afraid to close the opposition down with lung-busting runs and he always looks around for a pass before shooting. It’s almost as though he values an assist more than a goal!

Mejbri isn’t too far away from being given a chance in the first team, but his physicality isn’t quite up there yet. Similar to Tahith Chong, there’s a chance that he could be loaned out to gain first team experience. 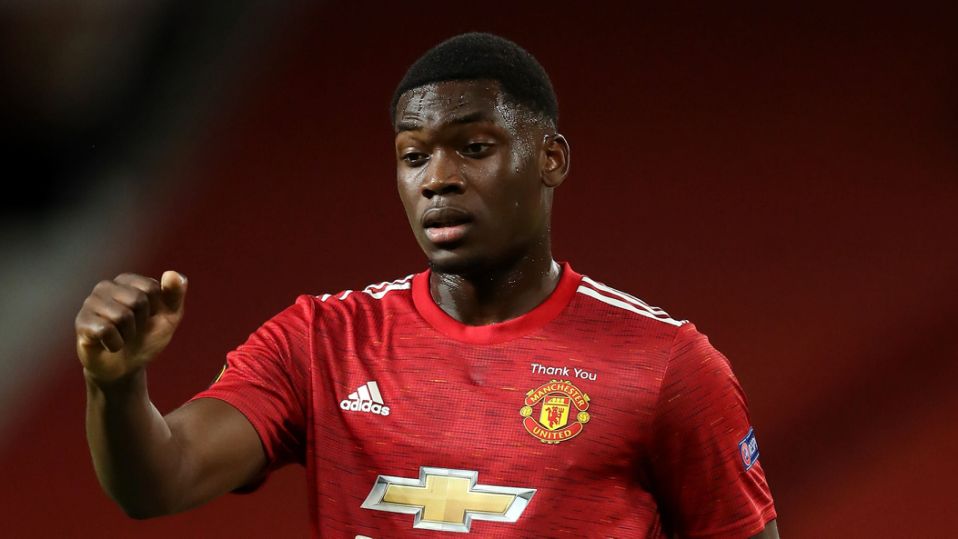 Teden Mengi
Teden Mengi is one of the players that could break through at any point, according to his U-18 manager Neil Wood.

He’s got experience from a young age, as he was playing in the Under 18s at just 15 years old, and he’s already completed a year in the Under 23’s where he’s shown that he’s far too good for this level.
Mengi has excellent speed and physicality, which makes him a similar mould to Eric Bailly. The biggest issue for Man Utd is that Harry Maguire doesn’t have a partner that he can rely on, due to constant injury problems for Bailly and Lindelof. Over the course of the season, you can expect Teden Mengi to be included in the squad as he offers all of the traits that Maguire would love in a defensive partner. He’s comfortable on the ball, he reads the game well and he has excellent ball recovery.

He won’t feature in the Man Utd squad for the remainder of the 2020/21 campaign, as Wayne Rooney has acquired his services on loan. He will gain valuable experience at Derby County, which is the next step up for his development.

Ole Gunnar Solskjaer and Wayne Rooney agreed the deal after noticing that Mengi was at the level where he had out-grown the U23’s, but was missing the experience to become a first team regular. In the championship he will face strikers with higher quality and more physicality than in the Premier League 2, so it’s going to be interesting to see how he adapts.

Promoting academy graduates has been at the core of Manchester United’s DNA. The philosophy of manufacturing players and incorporating them into the first team is what helped them succeed years ago, and fans are always excited by potential wonderkids.

It’s a great feeling when you sign a star, but a home-grown wonderkid gives all fans a little bit of extra pride, as he’s been crafted by the club.

The future certainly looks bright for Manchester United, although it could still be a few years yet until we see these in the first team.