The day after Valentines’ Day there’s nothing worse than waking up and remembering you got that leathered on your romantic meal that when you got home, the evening was a bit of a flop. Not that I’d know anything about that of course, it just erm, happened to a mate of mine, honest. Whilst the aforementioned scenario may be something of an embarrassment, it’s nothing compared to some of the flops we’ve seen at Old Trafford over the years, particularly the post- Sir Alex Ferguson era.

Tuesday night was a timely reminder of some of the transfer carnage that has ensued on Ed Woodward’s watch as one United number 7 whose wages could fund a Presidential election campaign, was outshone by another who’s transfer fee could fund a military one. Chances are neither Alexis Sanchez nor Angel Di Maria will end up being revered by Reds, the latter actually did well to leave the ground unharmed such was the level of hatred towards him. The two South Americans are far from being the only pair of expensive follies to darken the United manager’s door over the past few years.

It’s almost as if since Fergie retired, United managers have been doing their best to outdo each other in the transfer stakes, forgoing tactical policy and squad requirements in favour of media impact and marquee impressiveness. We need a midfielder? Forget that, Chelsea’s player of the season is available let’s break the transfer record to get him. We’re crying out for another full back? Forget it, there’s a £75 million striker with our name on it. Let’s make that happen. As the Bard once wrote of United’s transfer policy:

….a poor player,
That struts and frets his hour upon the stage,
And then is heard no more. It is a tale
Told by an idiot, full of sound and fury,
Signifying nothing.
Anyway enough of the Shakespeare, here’s a top five of United transfers that turned out to be crap. 5. Radamel Falcao.
This may seem somewhat controversial, as after all unlike others on this list, the Colombian striker didn’t cost the Reds a fortune. His performances in a United shirt were far from disastrous and he did have the excuse of being far from fully match fit when we signed him. The reason the occasional Monaco forward makes this list, is more to do with the expectation being a million miles away from the reality. Signing Falcao on loan with a view to a permanent move was seen as a massive coup for a club out of the Champions League and trying to remind the world we were still part of the elite.
Falcao’s debut saw United fans singing his name for the best part of the second half, even before he came on. That was arguably about as good as it got. 4 goals in 29 appearances, including anonymous displays against the likes of such footballing giants as Preston North End and Yeovil Town saw the man who came with a huge fanfare, leave with a whimper. Bizarrely to Chelsea who seemed to be oblivious to his struggles in England.
One goal in his Stamford Bridge career, saw him return to Monaco where the cheeky bastard promptly scored 30 goals in a season to remind us exactly what all the fuss was about. The odd thing about Veron’s United career is that he was arguably one of the most gifted midfielders we’ve ever seen at the club and at times it showed. The issue was it showed around once a month, if we were lucky and usually then it was only in the Champions League. In the Argentinean maestro’s defence he was signed to a side that had the best midfield pairing on the planet in Paul Scholes and Roy Keane as Ferguson seemed unsure of how best to use all three of them. Shifting Scholes further forward didn’t work, despite Veron getting off to a flyer.

Watching his display against Everton just after his arrival it was easy to believe United had signed the player who could take the reigning Premier League champions, bidding for a record fourth consecutive title, to the next level. Unfortunately he flattered to deceive as games, fatigue, niggling injuries and the pace of the Premiership caught up with the once majestic midfielder. United finished third after Veron’s first season, the club’s lowest finish in over a decade. Despite showing glimpses again of his greatness the following season, especially in Europe, it was another campaign of disappointment for Veron, if not for United who regained the title in spite of rather than because of the former Lazio man.
Ferguson once launched a passionate defence of Veron when questioned about him, noting to journalists with his usual relaxed charm:
“He [Veron] is a fucking great player.”
“And you’re all fucking idiots.”
One could argue it was Chelsea who were idiots, paying £15 million for Veron who spent one patchy season at Stamford Bridge before returning to Italy. Veron was far from poor at United but his £24 million signing, put Sir Alex off expensive ‘superstars’ from abroad for years to come. 3. Garry Birtles.
The original United flop and the one all others are measured by Birtles was a carpet fitter from Nottingham who somehow became one of the most expensive players on the planet. To put just how bad the former Forest striker’s time at Old Trafford was into perspective, in his first full season he managed 16 league goals less than Romelu Lukaku managed in his. But hang on a minute, I hear you cry, Lukaku only managed 16 league goals in his first season.
That’s right Birtles didn’t manage a single league goal in his first United season, despite playing 25 games. Birtles enjoyed a better second season – let’s face facts it couldn’t have been much worse- bagging 11 goals before Ron Atkinson decided to cut the Reds’ losses and sell him back to Forest. Dave Sexton had forked out £1.25 million for the striker, Atkinson reportedly accepted £300,000 to get rid of him. At least he didn’t have to go back to carpet fitting. 2. Angel Di Maria.
Okay it’s a populist choice, seeing as most Reds hate the Paris Saint Germain winger, but there’s no denying the former Real Madrid man didn’t exactly shine at Old Trafford. Brought for a club record £59.7 million, Di Maria had been lauded as the unsung hero of an awesome Los Blancos team. Like Veron, Di Maria shone early on in his United career, before degenerating into a player who looked like he’d been allowed to play for the team as some form of charity competition winner.
For want of a better description, Di Maria was garbage. In mitigation Louis van Gaal playing him as a striker and an attempted burglary at his house didn’t help, but it can’t hide the fact the Argentine international was more Lionel Blair than Lionel Messi in his solitary season at the club. Now, unfortunately, much improved at PSG, who ‘rescued’ him and us from his Old Trafford nightmare, at a loss of only £15 million for the Reds. Few were sad to see him leave, arguably until Tuesday. 1. Alexis Sanchez.
Okay you’ll think I’m being overly harsh or even controversial for the sake of it here, but allow me to elucidate. If we take transfer flops as a simple equation: ‘expectation’ divided by ‘impact’ plus ‘success’ then Sanchez has to be bottom of the pile. When United beat City to the Chilean’s signature it was seen as the biggest coup since Sir Alex took a call from a drunk Yorkshireman. Sanchez was awesome for Arsenal – City were nailed on to get him, they were destined to lift the title. It looked like mission impossible to lure him to Old Trafford but thankfully Arsenal preferred getting Henrikh Mkhitaryan to nobody, so took the Reds’ offer. You have to wonder if the Gunners now regret that.
In terms of impact, Sanchez has managed 3 league goals in 12 months, a paltry return that would make even Birtles blush. Then there’s success, well quite simply there hasn’t been any. An offside goal, correctly ruled out by VAR in the FA Cup final, denied Sanchez of the chance of silverware while in both the league and Champions League this season, he’s been neither use nor ornament in the club’s pursuit of either. Tuesday simply highlighted how far Sanchez has fallen in that by the full time whistle many Reds were actually pining for Di Maria to return to the number 7 shirt. It’s been such a disaster for the Chilean that he’s now been linked with a return to Arsenal, it genuinely doesn’t get much worse than that. 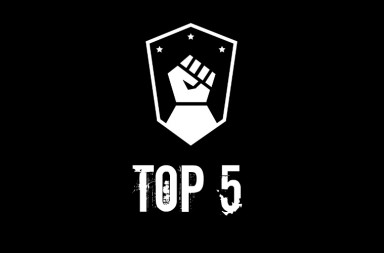