Given that this current Premier League campaign has seemingly fallen flat even with four month still to run due to the antics of some particularly bothersome neighbours, there’s a danger of writing off Manchester United’s 2017 as something of a letdown. And that’s not totally unreasonable; Jose Mourinho’s side ended last season in a disappointing sixth, and find themselves irretrievably behind league leaders Manchester City with this current league campaign only half-finished. A Carabao Cup defeat to Bristol City and three consecutive draws rounded off the year on a particularly sour note, with murmurs of discontent in the stands and the manager running through the same grumbling repertoire of discontent that he always revisits when things aren’t going to plan.

But forget all of that negative stuff for a bit; 2017 featured some wonderful elements if you’re a United fan, regardless of your opinion on the current state of play at the club. We’ve seen trophies, an increase in goals, the continued development of some of the most exciting attacking talent on the planet and Marcos Rojo scored a goal (an actual goal) to boot. So, without further flippancy, let’s focus on the good stuff of the year just past:

5) United have played their best football in years

This might not be the most timely entry on this list given that large sections of the last few months have featured some deeply stodgy performances, but there’s no denying that United have played their best football in years during 2017. The first two months of the season featured six instances in which United scored four goals, which fostered real hope that Mourinho had gotten his team winning in what could be constituted as the ‘right fashion’ for a club with such rich attacking traditions. West Ham, Swansea, Everton, Burton, CSKA and Palace were all ruthlessly put to the sword by arguably the best attacking displays since Sir Alex Ferguson retired. True, maintaining that flying start proved to be beyond both club and manager, but this season’s opening weeks suggested that United are capable of returning to the level that their bravado, cash and stature demands. 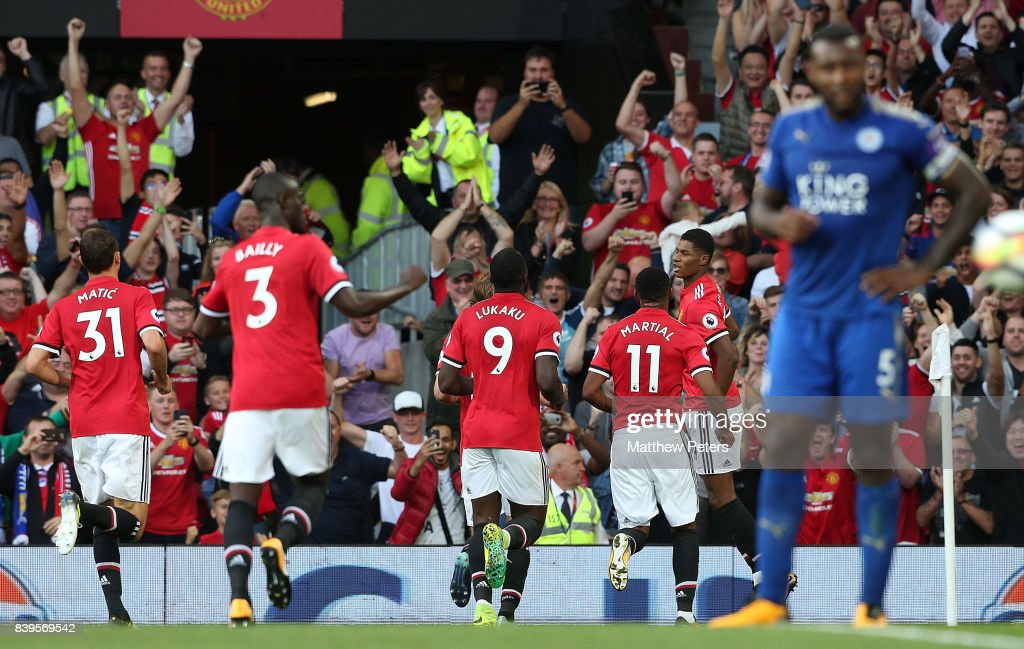 Criticism will likely always follow the man subject of the most expensive loan in footballing history; that simply comes with the territory, but if there’s a better midfielder in the Premier League at the moment, then they’re hiding themselves superbly. Paul Pogba remains a magnificent reason to watch Manchester United all on his own, such is his skill, the quickness of his thinking and his stellar ability. Naysayers may want him to score more goals, but rarely a game goes by that Pogba doesn’t do something extra special, and you have only to look at the statistic that United haven’t lost a league game in over a year when he’s on the pitch to understand his importance to this team. Fans may wonder what might have been this season had Pogba not been out injured for those two months, but regardless of what happens this term, his presence, increased stature and ability provides hope for both United’s present and future.

3) The emergence of Jesse Ellis Lingard

For a player frequently derided for not being up to ‘United standard’, Jesse Lingard has certainly done a wonderful impression of being a quality footballer this season. After last year’s eyebrow-raising contract extension, Lingard frequently found himself confined to the bench as 2017/18 kicked off, with Henrikh Mkhitaryan’s short-lived glut of assists enough to keep the England international out of Mourinho’s first choice XI. Fast forward several months, and Lingard has seemingly become an indispensable part of his manager’s plans, and is enjoying the best spell of his career. 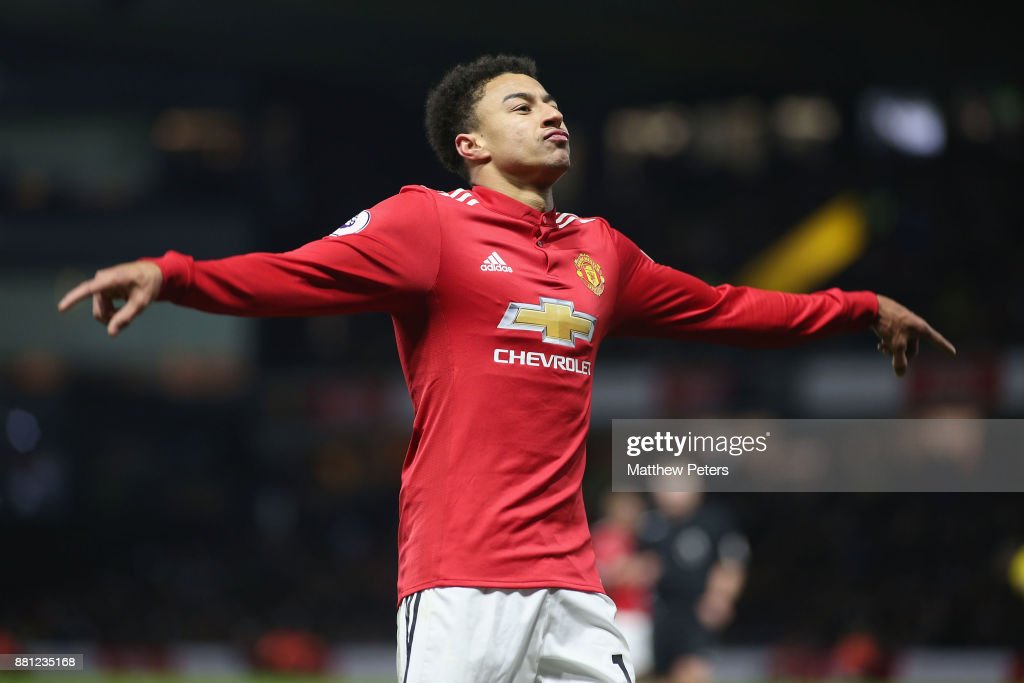 What’s caused it? Perhaps it’s the confidence that he gains from Mourinho, perhaps he’s finally matured as a player to a level that many assumed would elude him. What can’t be argued with is the man’s output; 10 goals so far this term, putting him second only behind Romelu Lukaku as the club’s top scorer. His manager can call upon him when his side are 0-2 down at home to provide an expertly taken brace, and he can create a wonder goal out of nothing when United are wobbling away from home, as stunning solo efforts against Watford and Everton have recently proven. More than anything, it’s a joy to watch a local lad and academy product produce on this level consistently for his boyhood club. More of this, please.

It’s easy to forget what winning trophies is like when you haven’t done it for a little while. Louis van Gaal’s last act as United manager (other than being supremely ticked off that his boss had already hired his successor before kicking him out of the Carrington door) was admittedly quite a corker, helping us lift the FA Cup before being shuffled out of the club unceremoniously. That could remain a huge moment for the younger members of this squad, given how the title-winning team of yesteryear is barely represented in the current team and so much experience has been lost in the years since Ferguson left. That this new clutch of players could go on to win another trophy a mere nine months later on the same Wembley turf isn’t insignificant, either.

Southampton might still feel a little hard done by to have lost this final, but, as was frequently the case last season, Zlatan Ibrahimovic popped up when it mattered. A powerful free-kick and a Jesse Lingard strike put Mourinho’s side in control before a Manolo Gabbiadini brace pulled the south coast side deservedly level. The winner didn’t come in the most ‘United’ of circumstances; scoring in stoppage time would surely have been a touch more dramatic, but Ibrahimovic’s 87th minute header from Ander Herrera’s cross was still a perfect moment, coming as it did right in front of the travelling reds. Such was the confidence in the Swede’s ability to hit the target that you could hear cheers of celebration before the ball had even crossed the line. What a feeling.

Let’s be honest; nothing could take the place of that late-May night in Stockholm for 2017’s highlight. In the week’s leading up to this final with Ajax, all of the focus was on the importance of this game to the club’s future; given that United would finish outside of the top four for the third time in four seasons, failing to seal Champions League qualification in the process, victory felt vital, not just for the club’s short-term future, but to make something out of a season that was ending on another particularly flat note.

And then, in the days leading up to the showpiece occasion in Sweden, football didn’t seem so important anymore.

The horrific events at the arena made for an incredibly emotive framing for this final. No one wished to say it, given the incredible pressure that such expectation would place on a team still reeling from that awful attack, but winning the Europa League, giving the city something positive to focus on could be gigantic for both United and Manchester itself. 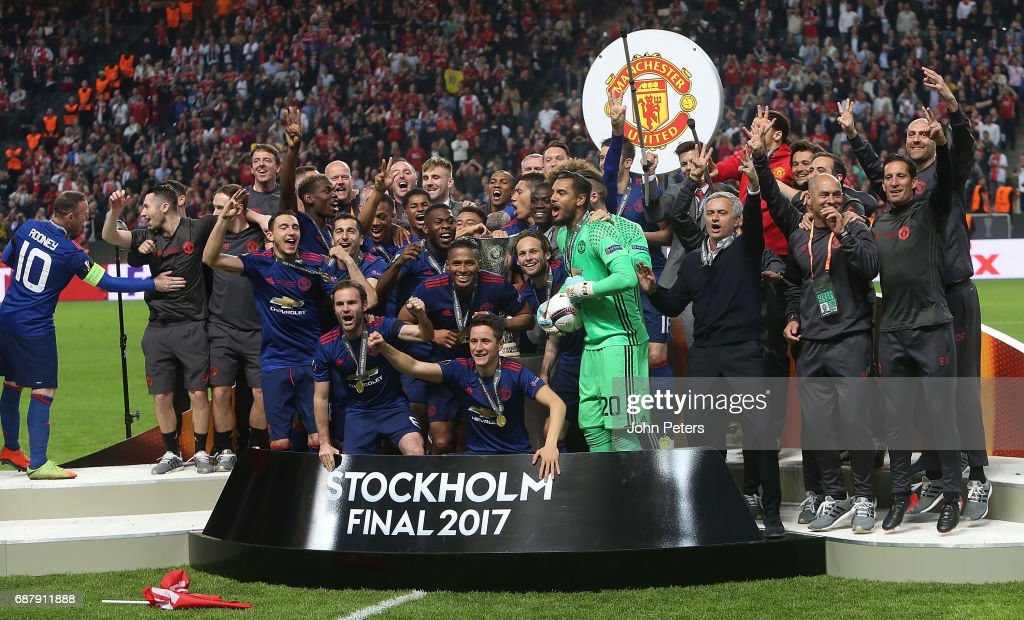 They did it, too.. In stifling, combative and ultimately glorious circumstances, no less, as Pogba and Mkhitaryan scored the goals that sealed United’s first European trophy since 2008. Thinking back to that night instantly brings back a swirl of emotions; feelings of relief for trivial footballing reasons, of course, but most of all, a sense of pride in this wonderful club of ours. They dealt with a tragedy in their own city, came together and won a game of huge significance whilst their hearts and heads must surely still have been at home. Rarely have I ever felt so proud to be a United fan as I did on May 24th 2017, with Wayne Rooney lifting the only trophy that the club had never won before aloft, surrounded by a team wildly celebrating. I’d wager many of you felt the same.