I cannot tell a lie, folks. I’m a little bit in love.

Louis van Gaal, of course, looks all the more beautiful because of who he’s replacing. Even without the Moyes effect, however, Van Gaal’s entrance has been not so much a breath of fresh air as a high-powered air-conditioning unit on a hot day.

So what has been so great about him? Let’s take a look at my top five favourite things he’s done so far.

5. His unique use of language

This is the first time United have ever had a manager whose first language is not English. Van Gaal has an excellent grasp of the language, but there are some beautiful idiosyncrasies in his pattern of speech.

All three of them are telling, in some way, of his approach to the job. He IS a “trainer-coach,” a manager determined to get the best out of his players by improving their capabilities. Witness his management of the Dutch national team, or Ashley Young’s excellent pre-season. The squad IS the “selection”, those lucky enough to be chosen, those available to be chosen from. And pre-season is preparation time. It’s not “shake a bunch of corporate sponsors hands and fly round the world” time. Which leads nicely to point number 4.

In his very first press conference, Van Gaal was introduced by United’s press officer. With the slightly awkward invitation to “say a few words about how delighted he is to have joined the club” Van Gaal instead responded by talking about what an honour it was to meet Bobby Charlton. Or rather SIR Bobby Charlton, as he immediately corrected himself.

He also said the pre-season tour was too long and whilst he understood the corporate needs of the club he felt football had to come first. Speaking ill of Sir Alex is, of course, taboo, but Fergie never spoke out against the commercial demands of the club which made him a very wealthy man. Van Gaal immediately set out his stall immediately as a football man.

United desperately need a “football man” in charge, given the lack of footballing nous in the upper-echelons of the club’s management structure. Van Gaal can, and apparently will, seek to be that.

Look. I like passing. Not, like, in a Pep Guardiola/Arsene Wenger “it’s the only way nothing else matters” sort of a way. Just in the sense that lovely passing is often a really effective way to get the round thing into the rectangle thing and then score. Football at its best has a beautiful simplicity. Passing was invented as a way to get the ball closer to the goal and when it’s done right it really works.

And within, quite literally, two weeks of starting in the job, Van Gaal had got United passing. The opposition was only LA Galaxy, of course, but not long after that, United repeated the feat against Real Madrid, not at their best, certainly, but still a fairly decent outfit.

There’s been all sorts of different kind of passes. One touch flicks, carefully weighted through balls, long raking diagonals, and pinpoint crosses, with more of a purpose than just sticking it in the mixer and hoping for the best.

United’s style of play in pre-season has been transformed, and if he keeps this up, I’ll love him forever.

Following Reece James’ brace against LA Galaxy, he started the Roma game. He was not able to start the game against Inter, and after the game, Van Gaal said Shaw had played well, but had been lucky because he, barring injury, he would have played “our friend Reece James”.

However long Reece James’ career is at United, whatever success he goes on to achieve here or elsewhere, I will always think of him as “our friend Reece James”. Again, it is a use of language which is revealing. Van Gaal is prepared to give young players a chance, and treat them as he would any other part of “the selection”. He will attempt to make them feel both special and included. He will create an “us” and make them feel part of it.

This is good news for our friend Reece James, and our other friends in the United youth set-up.

1. He keeps talking about “humanity”.

This is a pretty personal one, but may be my single favourite thing about Van Gaal. He is extremely articulate, even in his second, or third, or fourth language. And one of the things he articulates is that he recognises football is a game played by human beings, and that recognising that shared humanity is a key part of  the way he gets the best out of his players.

“Every club where I have been, I have struggled for the first three months. After that, they know what I want: how I am as a human being and also a manager.”

“I am a democratic, empathetic human being.”

“I never go back. I’m always a human being who wants to see into the future.”

Football is a game played by people. Human relationships were the key to Fergie’s success. They appear to be the key to Van Gaal’s. As a human being, I find that completely delightful. Here’s to many years of success, or at least, a whole lot of fun. 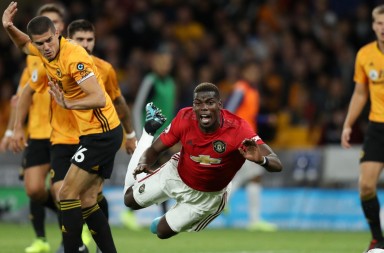