United And Liverpool's Spending The Same...But Success So Different 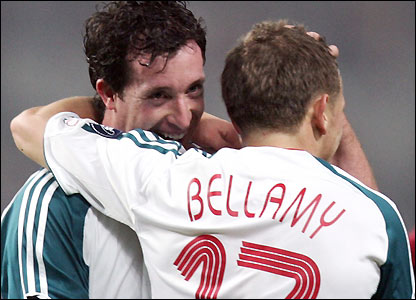 Houllier’s replacement, Rafael Benitez, has spent over £130 million in his four years at the club. Fernando Torres shines head and shoulders above his other buys, which include the likes of Craig Bellamy (£6.5 mill, stayed for 1 year), Jermaine Pennant (£8 mill, current player), Robbie Fowler and Andriy Voronin.

Now, this isn’t to say United haven’t paid hefty sums for no marks over this time period, most notably Juan Sebastian Veron, however, there is not a manager who can compete with Ferguson’s buys over the 10 year period. Rio Ferdinand, Wayne Rooney, Cristiano Ronaldo, Patrice Evra, Nemanja Vidic, Carlos Tevez, Anderson, Gabriel YSB Heinze and Michael Carrick, to name a few.

The question is, how much difference has this £3 million more a season made to United over Liverpool?

10 trophies of United to Liverpool’s 5, with the impressive 6 league titles showing the massive gap between the clubs, despite such similar spending.