Wes: I Like Seeing My Name On The Scoresheet 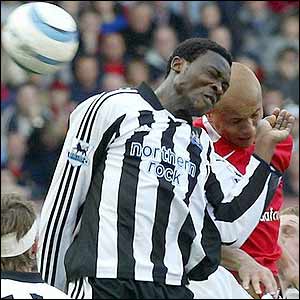 My seat was in the East Stand when United took on Newcastle back in 2005. I always sit at the other end of the ground but I remember clearly where I was sat thanks to the wonderful view I had of probably the best goal I’ve ever seen at Old Trafford.

United had gone a goal down with less than half an hour played, which seemed rather fitting for that miserable season. We were well and truly out of the title race, we’d lost to Everton the weekend before, and we’d been knocked out of the European Cup by Milan a few weeks earlier. So of course, with a few weeks before the end of the season, we’d be in a losing situation at home to Newcastle. Depressed.

However, within 15 minutes of the restart, Wayne Rooney was chewing the referee’s ear over some decision or another, when a defensive header from Newcastle headed towards him outside the box. We saw it all from behind as he caught it on the volley from about 25-yards-out. A perfect goal.

Sadly, you don’t get more points for scoring beautiful goals and United still had to press on. With 15 minutes left to play, Wes Brown scored from a corner with his head, his first goal in 117 league games.

So, why am I talking about that game? Well, that was the last goal Wes scored for us in any competition, before his goal against Liverpool seemingly started a goal scoring streak for the Longsight lad!

For United and England, Wes now has 3 goals in the last 24 games he’s played. Considering his previous record was 1 goal from 117, he isn’t doing too badly!

“It’s just a bit of luck, I think,” said Wes. “Obviously I’ve not scored too many goals in my career and it’s good to have a few in the last few months. It’s nice to get on the scoresheet and help out. Scoring my first for England at Wembley was really big for me. It’s great to play for your country and to score a goal it felt unbelievable.”