What Did We Say About Replacing Ronaldo's Goals? 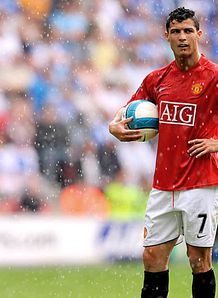 I’m not suggesting that United are better this season than they were last just because we beat a weaker Everton side by a larger scoreline, rather reinforcing the point I made when Ronaldo was sold. We hadn’t brought in a replacement who would take full responsibility for his goals but our other players would chip in, as was the case when he sold Ruud van Nistelrooy.

Essentially, we’re pretty much in exactly the same place we were last season, if not better. Instead of relying on just one player to score the majority of our goals, we are picking them up from all over the park. Our weakness this season has been our defence but that is understandable given how many injuries we’ve had at the back, with Vidic, Rio and Van der Sar missing for large chunks of the season.