What Happened To The Keane Of Old? 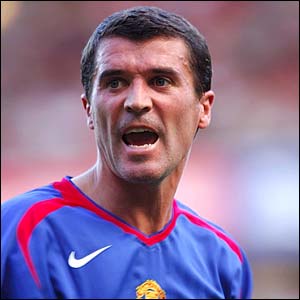 The 4-1 defeat to Middlesbrough was arguably one of the most embarrassing moments United have endured over the last ten years or so. We got absolutely battered that day at the Riverside and certainly didn’t deserve the consolation goal Cristiano Ronaldo scored at the death.

The following day, there was talk in the tabloids of a Roy Keane interview being pulled from MUTV, where apparently he tore a strip off the players following their poor performance. This would eventually be seen as the interview that leto our great captain leaving the club.

Whilst we can still see elements of that man in his management, with the harsh decision to deny his players of conducting a lap of honour on the final day of last season, it seems in other areas he is softening.

First he had Kieran Richardson to answer for, now Darren Fletcher?

“I’m well aware of what a good player and a good lad he is,” Keane said after signing Richardson. “He’s ready for a fresh challenge and we can provide that.”

Now, this is the same Kieran Richardson who was amongst the players Keane singled-out as being a waste of space at United. “He is a lazy defender who deserved to get punished,” Keane said in that banned interview, in reference to the penalty Richardson gave away. “He wasn’t doing his job.”

This is the same Richardson who, as legend has it, was held up by the scruff of the neck by Roy Keane in the dressing room, after bragging to his team mates about the new Bentley he had ordered. Richardson cancelled the order for the car.

Roy Keane paid us £5.5 million for this waster, who had become strongly disliked at United. He was booed by sections of the crowd upon scoring for United in the semi-finals of the FA Cup in his last season, as well as when he lifted the Premier League trophy.

Today, it has been reported in the press that Roy Keane has failed in a £4 million offer for Darren Fletcher, another on Keane’s hit list, and is preparing a new £5 million bid.

Back in 2005, I imagine Keane never could have imagined himself to be in such a position, when managing a Premier League club.

“I can’t understand why people in Scotland rave about Darren Fletcher,” Keane said in his MUTV interview following the Boro game.

Since taking over the Sunderland position, Keane’s signings have typically been Irish or ex-United players, so in that sense, it would be no surprise if he really gone tried to land Fletcher. However, I can’t help but feel like Keano is compromising himself a tad.

After Keane’s rant, United took on Chelsea at home, where Fletcher scored the winning goal in what had previously seemed to be an impossible match for United. Maybe Keane appreciates Fletcher’s ability to respond to criticism, or maybe, and probably more likely, he has had to lower his standards.

Keane is striving to show he means business and won’t accept any crap, which are the ideas and mentality which he formed as a young player, then later reinforced by 13 years working under Sir Alex Ferguson.

“The players will walk around the pitch after the game but I wouldn’t class it as a lap of honour, far from it,” he said at the end of last season. “It is important that we show our appreciation to the fans. I’ve said before, there’s nothing to celebrate it will be a salute to the supporters, who have been magnificent again this year.”

However, Keane is possibly recognising that what isn’t good enough for Manchester United, may just be good enough for Sunderland. He is swallowing his pride and getting on with it, which is admirable, and something he probably wouldn’t have been able to deal with just five years ago or so.

Keane has changed, is changing, but it seems to be for the better. And he could do a lot worse than signing someone like Fletcher to prop up his midfield!