Where Do We Need To Strengthen? Erm, nowhere?

In a week or two, United will be linked to several players a week, whilst a few of our players will be reported to be moving away. Some of the rumours might turn out to be true, most won’t, as usual.

But are there any rumours which you would like to be true?

A team made entirely of our second string players would be a match for most teams in the league, let alone if we were to throw one or two of the likes of Rooney or Ronaldo in the mix.

Even if Carlos Tevez does not sign with us, I would like to see us giving Macheda and Welbeck a chance. Ronaldo and Rooney came here at 18-years-old and played week in week out and there’s no way they could have reached the heights they are now at without that. Darren Fletcher is an even better example, given most reds, myself included, just didn’t seem to think he really had it, but with playing regularly since 2003, he has developed in to a great asset to the club.

If it all goes tits up, we can find someone in January, but with Ronaldo showing a great ability at playing more centrally and further up the pitch, there’s no reason why he, along with Rooney (and the inevitable injuries), Berbatov, Macheda and Welbeck wouldn’t be a good enough strike force.

We’re overwhelmed with talent in midfield and the manager is going to have a very difficult job picking just four players when Hargreaves returns and Tosic has found his feet. The rotation for the midfield will be insane next season, no doubt.

When we look back on this season, it’s hard to believe the Premiership is all over and done with. It certainly doesn’t feel like over a year since Michael Carrick gave away that penalty at Stamford Bridge, or since Ryan Giggs put us 2-0 up at Wigan and sealed the title. The reason why I can hardly believe it’s all over is because it feels like we’re just getting started. Our defensive record has been brilliant this season and we’ve shown great potential when going forward, but things just haven’t really clicked this season. I know that sounds mad, given that we’ve won the league with a week to go and could claim a record points total for the club if we win at Hull, but I’ve just been waiting for us to move in to top gear and it rarely has happened.

The second half at Spurs seemed to be the turning point, with the amount of mistakes we made being limited, with the great away performance against Arsenal standing out, but those kind of performances should be happening far more frequently next season. The team has just started to click and I really do hope we return all fires blazing in August. However, I think the chances of us doing that will be improved if we don’t introduce anyone new.

17 of the 28 players listed above weren’t here five years ago so there hasn’t been much of a gradual change and replacement, it’s been far more rapid than usual. So let’s give this team time to settle, to see how far they can push themselves, and if we need strengthening in January or next summer, fair enough. But I personally would like to see how much this current set of players have to offer us before strengthening in ways we could really afford not to. 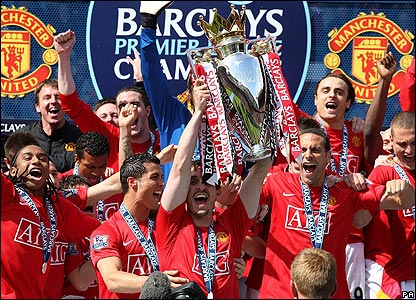