Zlatan to miss out on Manchester return

Manchester United take on AC Milan in the next round of the Europa League, having earned another tricky tie in the competition, but will miss out on a reunion with former striker Zlatan Ibrahimovic for the first leg.

Despite being plagued with injuries this season, Ibrahimovic boasts an excellent scoring record with 14 goals in 14 league games. Like United, AC Milan are currently second in the league, so aren’t currently relying on success in this competition to get a place in next season’s UEFA Champions League, but that won’t deter either club from starting a strong line-up.

Zlatan will miss the trip to Old Trafford due to a muscular injury. AC Milan coach Stefano Pioli said: “Zlatan is our champion. He is the number one in everything and is one [real] weapon for us but the team has shown to be up to it, even in his absence.”

Ibrahimovic’s last game for United came in March 2017 after recovering from what could have been a career ending injury.

“If people knew the real injury, they would be in shock that I was even playing. It was more than the knee but I will keep it personal – that’s why I choose not to talk of it,” he said at the time. “In my recovery I have not rushed anything; I have been out for six and half months. I have been following protocol and my schedule day by day. The only secret has been working hard. Those close to me know what I have been doing. I was working five, six hours a day. When it happened I said giving up was not an option. My only focus was on coming back and coming back better. I know it’s my head playing, not my knee; my knee has to follow. With my experience and career I know what I have to do but I feel good. I am very proud of the moment to play again and for everyone around me because I wouldn’t have done it alone. Thanks to the supporters for keeping me motivated, the coach who’s trusted me, the club that believes in me and my family obviously.” 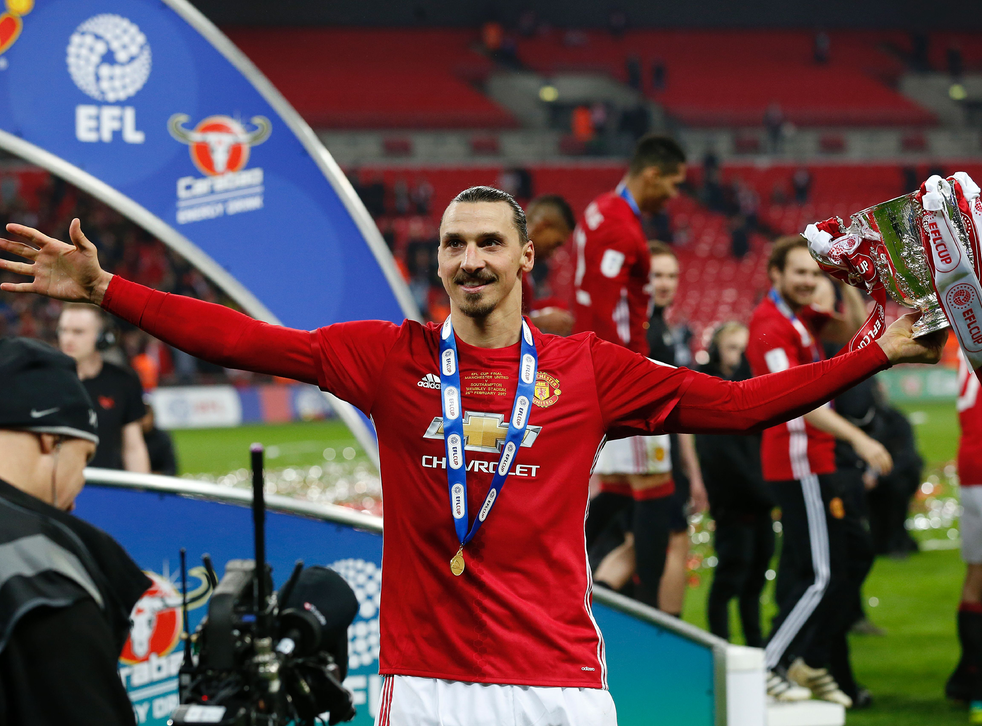 While that second season was understandably a let down, he did enough in his first season at the club to be remembered fondly by United fans. He was the club’s top scorer with 28 goals in 49 appearances, most notably the two he scored in the 2017 League Cup final. United had gone 2-0 up, only to be pegged back to 2-2, before Zlatan scored an 87th minute winner.

“It was nice because it was 2-0, they came to 2-2 and we looked tired but I had the chance and I scored, its a team effort, not solo, I came to win and I’m winning in England, the more I win the more satisfying it is,” he said after the game,” he said. “I appreciate the trophies more as I’ve aged and the winning mentality as it helps me understand what they mean, it’s number 32 and wherever I go I win. I predicted I’d be playing this well and according to others I wouldn’t be able to but I am.”